“Charlotte E. Ray (January 13, 1850 – January 4, 1911) was the first Black American female lawyer in the United States. Ray graduated from Howard University School of Law in 1872. She was also the first female admitted to the District of Columbia Bar, and the first woman admitted to practice before the Supreme Court of the District of Columbia. Her admission was used as a precedent by women in other states who sought admission to the bar.” -Wikipedia 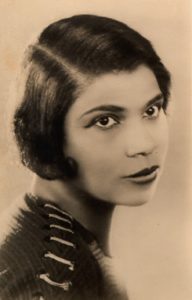