The Appellate Court, like the Supreme Court, reviews decisions made in the Superior Court to determine if errors of law have been committed.

There are nine Appellate Court judges, one of whom is designated by the Chief Justice to be Chief Judge. 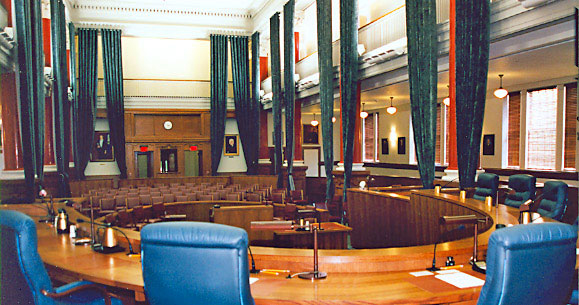 In addition, judges who are eligible and who have not attained the age of 70 may elect to take senior status and remain as members of the court.

Generally, three judges hear and decide each case, although the court may also sit en banc, which means that the entire membership of the court participates in the decision.

Like the Supreme Court, the Appellate Court does not hear witnesses, but renders its decision based upon the record, briefs and oral argument.