On Oct. 31 Connecticut became the first state to offer attorneys who give free legal advice on Facebook. The model is catching on as St. Louis will begin a similar experiment in January modeled after what Connecticut is doing. 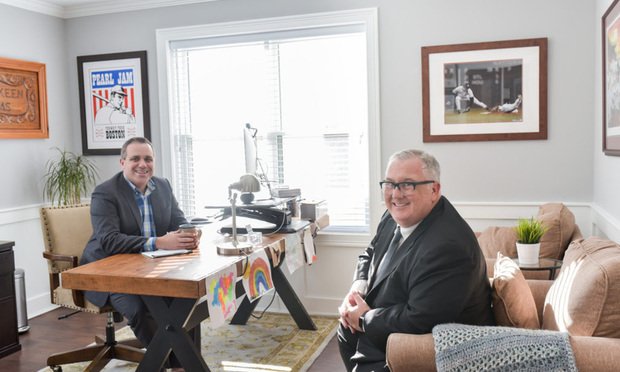 And they say it’s a way to extend access to justice, reaching potential clients, and offering legal consultation on a platform most Americans already use. To find them, users go to Facebook, search for “Connecticut Lawyer Ask-Us-Anything,” and then pose a question to the group. The idea is branching out to St. Louis, where attorneys there will launch a similar group in January.

“Most people just want quick advice, and don’t know where to go or turn,” said attorney Theresa DeGray, one of the group’s founding members. “Facebook gives them a place to go and turn and get a sense of direction.”

The online landscape nationally is busy with attorneys offering legal advice on Reddit, Quora, Avvo and other sites. But the attorneys say there had been no such group on Facebook. Until now.

The idea was the brainchild of Jay Ruane, a principal of Shelton-based Ruane Attorneys at Law. No novice to using social media to grow law firm business, Ruane received an ALM Trailblazer Award for social media marketing as head of FirmFlex, which represents attorneys nationally.

Ruane says he’s stayed away from television, radio and newspaper advertising, and instead has relied on social media for marketing since 2008. He said he found that through talking to his FirmFlex clients, and doing his own research, there was a market for attorneys to offer their services for free on the popular platform.

“We found that many lawyers were getting direct messages from potential clients,” Ruane said. “I figured there was an audience out there on Facebook for people who had legal questions, but were either intimidated, or did not know which lawyer to ask the questions to. I wanted to create a forum that was easy for people to ask a question.”

A big advantage of Facebook: Users don’t have to offer any additional information before having direct access to the attorneys.

“One of the problems with other platforms, like Reddit or Quora or Avvo, is that people have to register and give up their email address to be able to ask a question,” he said. “Those barriers create friction. For those already active on social media, Facebook specificall or texty, they do not need to go through those steps to join the group and ask simple questions.” Questions are usually answered in less than a day, Ruane said.

“We believe we can easily get between 100 and 150 per month, which is a decent number for nine attorneys to go through and parse out,” he said.

The page has a disclaimer stating there is no attorney-client relationship until a retainer is signed.

The group’s business strategy point to evolving business models, and how these meld with rules governing attorney ethics and practices.

“The ethics rules everywhere reflect a 19th century approach to legal service delivery,” said Mark Dubois, a veteran lawyer and Connecticut’s former chief disciplinarian who co-wrote a book on legal ethics. ”What we have here is a 21st century approach. … Computer-aided communication, the Internet and these access-to-justice issues are all forcing us to figure out new ways to deliver legal information and legal advice and services.”

A word of caution: Dubois said the disclaimer the group has on its page is vital, but lawyers need to treat the online relationships as they do face-to-face consultations, including writing fee letters, even if they are not charging any fees.

“Once you start giving one-on-one, individualized legal advice, you run the risk of creating an attorney-client relationship,” Dubois said.

Attorneys on the Facebook page say the forum is another way to reach a population that might otherwise have no place to turn for legal advice.

“I grew up in Enfield, which is a real middle-class town, and where many people don’t feel they have access to attorneys and legal advice,” said Ryan McKeen of Glastonbury-based Connecticut Trial Firm. “We wanted to meet people where they are, and that’s Facebook.”

Robert Storace covers legal trends, lawsuits and analysis for the Connecticut Law Tribune. Follow him on Twitter @RobertSCTLaw or reach him at 203-437-5950.